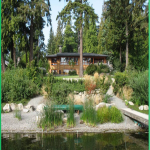 As a coastal community, we’re fortunate to live in one of the most beautiful and ecologically diverse regions on the planet. The question is: how to inhabit the waterfront in a way that respects and preserves it? END_OF_DOCUMENT_TOKEN_TO_BE_REPLACED 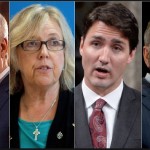 The other day I touched base with an architect colleague who shares my passion for sustainable design. We lamented the fact that despite the growing certainty about the very real consequences of climate change and environmental degradation, green building hasn’t taken off as we’d hoped it would in this country. As one example of this: back in December 2013, when I took my Passive House training, there were about 40 projects built or in planning in Canada. A quick online search of the PH database reveals that now, two years later, there are only 15 built Passive Houses in Canada, (while 371 have been built in the U.S.) – disappointing numbers, to be sure, and indicative of a movement that’s lost its momentum. END_OF_DOCUMENT_TOKEN_TO_BE_REPLACED

This month’s election in Alberta sent shockwaves through the country when the NDP took the win in a longtime conservative stronghold. That province’s recession is held up as a primary reason for the upset. While incredulous that a once-rich province could have come to such a pass, many are hopeful that the new premier will lead the way back into prosperity. END_OF_DOCUMENT_TOKEN_TO_BE_REPLACED 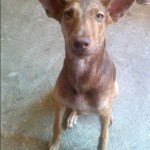 Recently my family became the proud guardians of a lovely rescue dog from Mexico. Canela (Spanish for “cinnamon”) has undergone quite a transformation from feral to family, and in the process she has made our lives much bigger with her quiet and loving presence. As her photo suggests, she’s a big girl. Her mellow nature allowed her to integrate into our home almost effortlessly. END_OF_DOCUMENT_TOKEN_TO_BE_REPLACED

We’ve been living in it for a year now and are really pleased with the design and the final product. I can’t thank you enough for the extra work you did designing the downstairs living space. It is a perfect floor plan and very roomy. I can’t believe all that we are able to fit in there.  We hope that you are still designing houses when we build our next house!

We made our final decision to go with your plans based primarily on what we perceived as your ready accessibility and ability to understand our needs. We were not disappointed.

I am thrilled with your work. I think the drawings look perfect.  I am very satisfied. It is, to me, a fantastic floor plan, and the exterior well achieves all of my design directives re: simplicity etc. Well done! All in all, I think the whole package is entirely excellent. Thank you for the great work.

Brian N.Procter, BC
View all testimonials

It’s a beautiful home… We’ve had lots of comments and a few visitors coming to check it out and the feedback has been very positive – everyone loves it!

We enjoy the house very much and every day we are thankful for the design… We love the open feel and unique design. In fact, passers by are always noticing the house and we have received many compliments.

Bud and I wanted to thank you for the plans for our wonderful new home. It was a pleasure to work with you. I was concerned that we might have a difficult time working together with your being so far away. I must admit you made the process very easy. You seem to have a knack for taking what I saw in my mind and making it happen, even better than I could see it.

Everyone loves our plans and I have referred you to a number of people who are planning to build.