Whether you buy an older home or a new construction home, there are most likely modifications and renovations you can do to make your new house more eco-friendly. Our article details room by room recommendations to live more efficiently, reduce your environmental impact, and possibly increase a homes value in appraisal. It also covers evaluating your home’s energy efficiency and whether there might be incentives for eco-friendly home renovations. -Mykael 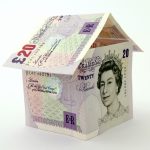 In recent months, we’ve encountered a few situations in which a client approved a preliminary design, only to find that estimated costs to build were greater than expected. In some cases, this entailed an overhaul of the design; in others, the project was put on hold or abandoned completely. This led us to assemble a few thoughts on how to build a new home in this time of escalating costs.

Let’s look at the reasons that costs are higher than they used to be. END_OF_DOCUMENT_TOKEN_TO_BE_REPLACED 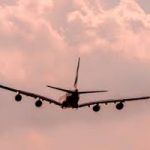 Last week I attended a memorial service for an old friend in the Slocan Valley. As many of you know, I’ve maintained a strong anti-flying stance for years in order to minimize my CO2 footprint. As usual, I intended to drive to the service, thinking this to be the most carbon-responsible means of travel.

However, my curiosity got the better of me and I decided to test that assumption. END_OF_DOCUMENT_TOKEN_TO_BE_REPLACED

April is finally here! Now that we’re putting away our woolly scarves and getting back into the garden, many of us are preparing to turn off our furnaces and put our wood-burning stoves to bed until next fall. And as those stoves go dormant, it’s a great time to think about upgrading to an appliance that burns more efficiently.

Some pretty heated arguments (no pun intended) have been made for and against wood stoves in letters to the editor. Many people see wood as a cheap and renewable energy source — although it could be argued that firewood prices around here are gaspingly high (about double what’s charged in rural Quebec, for example). Some Valley residents are gasping for another reason: wood burning has a seriously detrimental effect on air quality, which in turn, threatens our well-being and impacts health care costs. END_OF_DOCUMENT_TOKEN_TO_BE_REPLACED 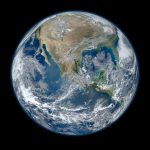 Having examined the ways that we’ve already saved energy in our workplace, we’ve come to the hard part – looking at our remaining carbon footprint. Calculating this hasn’t been easy. There have been frustrations along the way, and some lessons learned. END_OF_DOCUMENT_TOKEN_TO_BE_REPLACED 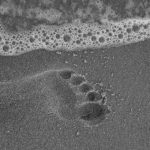 We hired John Gower Design to design an energy efficient Arts & Crafts style home for us. Working with John was an enjoyable and productive experience. He took our ideas and made them a reality. We found John’s strengths to be his sense of space and proportion and his willingness to listen to our ideas. We have lived in the house for two years and are continually amazed at how well the house works and its comfort and beauty.

Ross N.Victoria, BC
View all testimonials

Thank you for the final drawings. I must tell you they look really nice. We are very happy with the outcome. I will certainly recommend your services with other people.

We spent the night here last night and we absolutely LOVE our place.  It is just gorgeous!  Every square inch of it is well thought out, beautiful, all the views; from lying in bed, from working, from cooking, all the window views, everything is just gorgeous. Thank you so much for your work.  Thanks for your help with colour choices;  it looks great!  You’ve done a fantastic job, I hope this piece is the highlight of your portfolio, or one of the highlights and brings you lots of work.  Its a … END_OF_DOCUMENT_TOKEN_TO_BE_REPLACED

Thank you again for a fabulous job on our home design. We absolutely love it! You were definitely able to merge our wish list with the reality of our budget. We love the space configuration.

Anni v.M-BNelson, BC
View all testimonials

John was our house designer for a property on a steep site on the water. We wanted something modern and a bit unusual and he provided that. He was respectful of our needs and our wishes and designed a lovely and functional home. Working with him was a pleasure. He made several site visits and as well we met with him several times at his office. As well he took part in sourcing material that was hard to find. I would recommend him to anyone. We had no problems re deadlines or budget. The house wa… END_OF_DOCUMENT_TOKEN_TO_BE_REPLACED

The drawings have exceeded our expectation.  We are very appreciative of the expertise, the professionalism and look forward to building a beautiful well designed Mountain Cabin. Thank You!

We worked with John Gower Design on a ‘contemporary craftsman’ style custom waterfront home. His drawings were thorough, well thought out and the assemblies worked well. He responded quickly to our requests for clarification and we collaborated well to refine the specifications as we built. We would be pleased to work with John Gower Designs again.

Alice and I really enjoy the space we’ve created together. It didn’t take any time to know that it fits like a glove. We just love it.

Alice and Jack H.Maple Bay, BC
View all testimonials